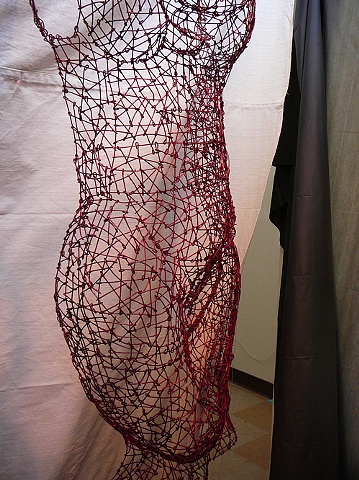 behind the scenes...
< previous next >

One day I saw two Mexican women coming out their door. We greeted each other and I said hello but our conversation didn’t go much further because they didn’t speak much English and while I can understand some Spanish, I cannot speak it. Meanwhile there was the crew of guys hanging out on the corner in front of the liquor store. I didn’t find out until later just how much talk had been going on among clusters of people as they tried to figure out what was happening behind those veiled windows. One day when I came out of the store to go home, and an older black woman greeted me from the passenger side of a car that sat out in front. “I heard you are opening an art studio! Welcome to the neighborhood!” She and the older gentleman in the driver’s seat both smiled. I told them about the storefront installation and they asked me when they’d be able to see it. The woman pointed to her apartment and told me how excited she was that they were “putting in something uplifting in the neighborhood.” She reached out for my hand and said, “Thank you for being an artist”. That really moved me.